Most people around the world participate in sporting activities every now and then. Some of the people play sports as a hobby while others take it as a profession. Some people also use it for fitness purposes.

A lot of sports disciplines continue to gain more popularity around the world, both in terms of participants and fans. Most of these entertaining matches are controlled by great international bodies which help promote them and create rules in those games. These sports give large amounts of revenue to many countries’ economies. Here are some of the most popular games in the world. 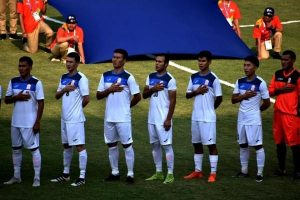 This is the most popular sport around the world. This game has a fan base of more than half the population of the planet. It also has a large number of people taking part in it. It has very competitive leagues, especially the European football leagues which have huge fan bases beyond the continent. Tournaments such as the World Cup and continental competitions always have the game’s fans in a frenzy.

The modern tennis match is thought to have emerged from France. It is played on a rectangular court. There are marked dimensions in this court where the ball should land. The game is played by either two players or one player on each side. The main purpose of the sport is to pass the ball above the net to the opponent’s half. Players get a point when the opponent fails to do so. Some of the greatest athletes in the world are tennis players; Serena Williams, and Rafael Nadal, etc.

This sport was invented in 1891 by James Naismith in the United States. It is played by two teams of five players each. The main objective of this game is to score in the basket, which is placed 10 feet off the ground.